Today it really felt like spring was on the way. And I was up early, ready to ride out to East Sussex for a little jaunt in the forest. However, stuff happened to prevent this and I ended up confined to London doing other, admittedly important stuff. And then I had an hour spare and the warm bright sun, albeit surrounded by the cold winter air still trying to maintain its grip, inspired me to remind myself of spring and summer cycle camping trips. In compensation for missing a day on the bike in sunshine.
A tent, a bike and a beach. That spells cycle camping in warm sun to me. And I discovered I had lots of photos of this particular beach. 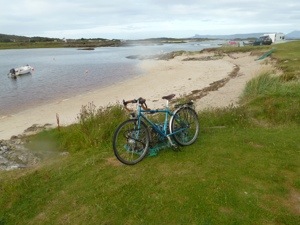 Why do I love this particular beach so much?
Well, it’s not just one beach, really. It’s a stretch of coast line up in a part of Scotland that I have visited since my childhood. Back then it was not so easily accessible. And, during the Second World War, it was wild and remote enough to be considered the ideal secret place to train about 3,000 agents from the Special Operations Executive. It is still called the Rough Bounds, although now a fast, well surfaced road will take you from Fort William to a few, but still not all, of the villages that are scattered along its coast. But I love it still, because the sense of peace and wildness still remains, even in the 21st century.
And you can sit outside your tent of an evening and watch the seascape move and change before you, the islands move in and out of mists, clouds drifting in fascinating formations about the peaks and rocks. If you are lucky, otters will swim by, twisting and turning in the seaweed, dashing in and out of the beach rocks, playing in the seaweed. And seals, always the seals, quizzical and wary in equal measure. So a beautiful peaceful place. Well, not always. Sometimes, the days and nights bring storms, wild and frightening, assaulting the sands and rocks below you, ripping into the air around your tent. But it’s an amazing feeling, the violence of a storm raging all around you, safe, warm, secure inside something as small and seemingly fragile as a lightweight tent yet so close to something so powerful.
If you have never been, it’s one of those must see places of the world, in my opinion.
Not persuaded? Take a little look. 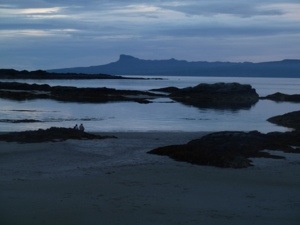 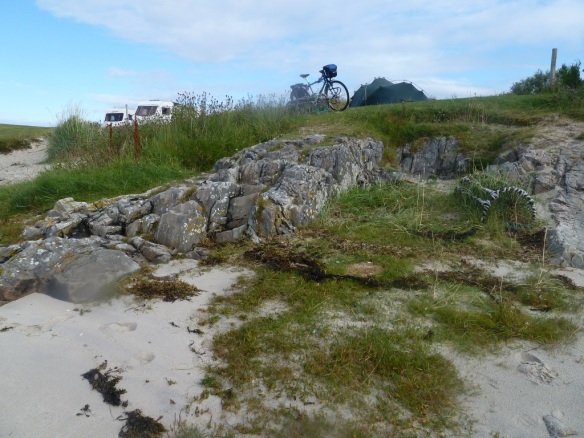 3 thoughts on “Dreaming of Spring”